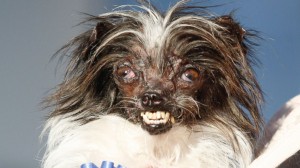 Dogma has several different meanings. I’m going to purposefully split hairs in this post, because I don’t want to attach negative connotations to dogma in a knee jerk fashion. I want to be more thoughtful about my choice of words and my reactions to them.

Here are four meanings for dogma:

“1. an official system of principles or tenets concerning faith, morals, behavior, etc., as of a church.
2. a specific tenet or doctrine authoritatively laid down.
3. prescribed doctrine proclaimed as unquestionably true by a particular group.
4. a settled or established opinion, belief, or principle”
from dictionary.com

At first, these subtle differences in meanings annoyed me. But I wanted to push through that to see what I can learn about dogma. So here goes…

I have a set of guiding principles and practices for how I work, think about design, write code and tests that I’ve built up over 20+ years of practice. They have become part of how I prefer to operate. I’ve changed and refined them over time, discarding some practices, fine tuning others.

The guiding principles I follow weren’t handed down by authorities. I discovered them working alongside smart people and interacting with thoughtful designers who cared deeply about how they built and implemented software. I wanted to understand how productive people thought and worked, and try to incorporate what I saw as good practices and beliefs into my own beliefs and ways of working.

In the process, I co-wrote two object design books that shared a way of thinking about objects that I still find effective and powerful. Maybe writing books made me an authority. But I also have become a seeker of new and better ways of working. Over the years I have “blended” into my personal set of practices and beliefs about design some powerful ideas of others. This process of incorporating these ways of thinking and problem solving to me feels highly integrative rather than just “accepting” them as unchallenged beliefs or tenets. I have to sort through them, adjust them and then make them part of who I am and what I do. I am not one to blindly accept dogma.

The 3rd definition of dogma has negative connotations: a prescribed doctrine proclaimed as unquestionably true by a particular group.

Hm. I don’t hold many things about software design as being unquestionably true. I find it disconcerting when groups and factions form around the latest truth or discovery. For example, some fervent agile developers I know unquestionably believe that test-first development is the only way to design software. (I’m more of a test-frequent designer by nature). Those who refuse to acknowledge that there are other effective pathways to producing well-written, well-designed, maintainable code are trying to push a dogma of the 3rd meaning.

I find myself questioning any software doctrine that is held as being “universally” true. How presumptuous! There are so many different ways to solve problems and build great software.

I try to keep an open mind. My most strongly held beliefs are ones I should challenge from time to time. To do that, I have to push myself out of my comfort zone. For example, I have discovered a few things by letting go of several strongly held beliefs and performing some interesting experiments: How much code that checks expected behaviors do I really need to keep around to keep software from regressing? How many tests does any organization really need to keep? How many comments do I need in my code? How much of my code should check for well-formed arguments? Is it better to fail fast or fail last? What’s the effect on my code to put in all those checks? What’s the effect of leaving them out.

Not all dogma is handed down from on high or authoritatively laid down…nor is it necessarily bad to hold a common set of beliefs and opinions (the fourth definition of dogma). I’ve been in dysfunctional groups where we couldn’t agree on anything. It was extremely stressful and unproductive.

If as a group we establish and hold a common set of beliefs and practices, then we can just get on with our jobs without all that friction jockeying for who is right and the right way to do things.

But, here’s the rub…if you accept a certain amount of dogma (and I’m not saying what kind of dogma that might be…if you are an agile software developer I am sure you hold certain beliefs on testing, task estimation, collaboration, specification, keeping your code clean, whatever…) be wary of becoming complacent. Dogma needs to be challenged and re-examined from time to time. But don’t toss your current dogma aside on a whim, either. Old beliefs can get stale. But they may still be valid. We need to try out new ideas. But not simply discard older beliefs because shiny new ones are there to distract us.