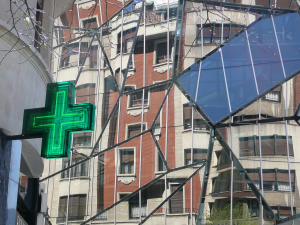 In factoring the jsmirrors functionality for reflecting upon objects I divided it to three primary interfaces. objectMirrorInterface, shown above, is the basic introspection interface. objectMutationMirrorInterface allows changes to be made to a reflected object such as adding or removing properties or changing the object’s prototype. objectEvalMirrorInterface allows various forms of evaluation upon reflected objects such as doing “puts” and “gets” (which may invoke accessor property functions) to access property values of a reflected object or to invoke a method property. There are also corresponding introspection, mutation, and evaluation interfaces for function object mirrors and also for property mirrors.

In the actual implementation, these interfaces are combined in various ways to produce five different kinds of concrete mirrors on local objects. These various kinds of mirrors are accessible via factory functions that are accessed as properties of the Mirrors module object. The five local object mirror factories are:

I demonstrated the use of Mirrors.introspect is my previous post. The other Mirror factories are used in exactly the same manner and, except for Mirrors.evaluation, could be used to run all the same examples. However, the other factories expose additional functionality that isn’t available using Mirrors.introspect. Take a look at the actual interface specification in mirrorsInterfaceSpec.js to see which capabilities are provided by the mirror objects produced by each of these factories.

The reason for providing multiple mirror factories is to demonstrate that by using mirror-based reflection we can decide exactly how much reflection capability we will make available to any specific client or tool. We might allow one tool to use the full range of reflective interfaces. For another we may only expose introspection or evaluation capabilities or perhaps introspection and mutation capabilities without the ability to actually do reflective evaluation. However, so far, I’ve only shown mirrors that know how to reflect upon local objects that exist in the same heap as the mirror objects. In my next post I’ll look at how to use the same interfaces to reflect upon non-local objects that might be encoded in a file or exist in a remote environment.

Next post: Web App Platform: Is it a Framework or is it an OS?